Iwi Le Comte has won, ahead of 187 other entries, this year’s $10,000 Rotorua Museum Supreme Art Award with his work Te Ipukarea. 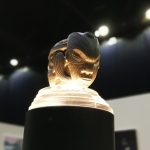 The Toi Ohomai Innovation in Art Award went to Heather Kremen for her work Protected in the Night, Bree Straker received the very first ever Lockwood Youth Award for her work Ruby and Mark Noble was named as Friends of Rotorua Museum Emerging Artist for his work Why-Tangi.

The winners were announced by judge Leafa Wilson to more than 350 guests at a gala award ceremony this evening. The four winning works and 54 other selected finalists will remain on display to the public at the Energy Events Centre, Rotorua (Queen’s Drive, Government Gardens), until 10 November 2019. The winners and finalists were chosen using a blind judging process, based purely on the merits of the artworks. Wilson says she knew that the Bay of Plenty had a rich art tradition and this was reflected in this year’s entries.

“The breadth of media and subject matter always makes it difficult to compare any aspect of one work to another let alone choose one work over another. However, there are a number of works which stand out aesthetically, through the mauri and conceptual strength and for the artists approach to their subject,” explained Ms Wilson.

Announcing Iwi Le Comte’s Te Ipukarea as the Supreme Award winner, Wilson noted while it was the smallest work in the entire exhibition it has the most overwhelming and warm presence.

“I was immediately drawn to this work which is made of Ōnewa stone and pearl inlay. Lovingly made with contemporary tools, the aspirations, mana and mauri of Le Comte’s tīpuna have breathed life into this taonga. The scale of a work doesn’t automatically signify the mana that it exudes,” says Ms Wilson. 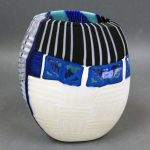 In awarding the Toi Ohomai Innovation in Art Award to Heather Kremen for her work Protected in the Night, Wilson believed the fused glass artist showed absolute mastery of the medium.

“The creation of a kind of patchwork is an incredibly long-winded, labour intensive process. Protected in the Night is an example of both narrative and expertise,” says Ms Wilson.

In selecting Mark Noble’s work Why-Tangi for the Friends of Rotorua Museum Emerging Artist Award, Wilson felt it was impeccably drafted and sought to reimagine Ranginui and Papatūānuku.

“I awarded this work the emerging artist award because of its sheer beauty for someone who is emerging in their art practice. The artist has actually utilised uku (clay) as a drawing medium along with graphite,” explains Ms Wilson. 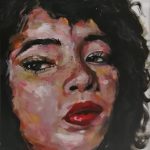 Bree Straker was awarded the Lockwood Youth Award for her work Ruby and Wilson wished she had had this talent at her age.
“This work’s carefully sculpted paint shows that this young woman understands the manipulation of paint to create the illusion of form,” says Ms Wilson. 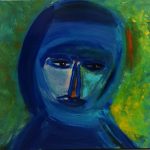 In addition to the six awards announced tonight, people can vote for their favourite artwork either in the gallery or via the Rotorua Museum Facebook page. This year the More FM People’s Choice Award will offer $500 to the artist whose work receives the most public votes in the gallery and $500 for the work with the most online votes by the end of the exhibition (10 November 2019).

Rotorua Museum Operations Manager, Cat Jehly, said this year they received the highest number of entries, with 188 artworks from 149 artists.

“The huge interest in this year’s competition really highlights the importance of the art awards and the need to support the wealth of artistic talent across the Bay of Plenty.” 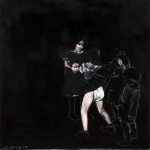 “As well as the exhibition of finalists we are also preparing a Salon des Refusés (French term for an exhibition of works not selected*) to showcase other works that entered. All artworks in both exhibitions are for sale, so I encourage you to visit the exhibitions while they are open,” says Ms Jehly.

The Rotorua Museum Art Awards are only possible because of the generosity of sponsors including Toi Ohomai, Lockwood, Rotorua Energy Charitable Trust, Trevor Robson Signs, The Southern Trust, More FM, and with support from Friends of Rotorua Museum.

Leafa Wilson has been the Curator of Art at Waikato Museum Te Whare Taonga o Waikato since 2004. She graduated with a Bachelor of Fine Art from Otago Polytechnic School of Fine Art in 1986, and evolved her own artistic vision embracing conceptual art through multimedia, performance-art and installation projects.

Rotorua Museum Art Awards 2019 Finalist Exhibition will be on display at the Energy Events Centre from 23 October until 10 November 2019, 9am – 4pm.

*Salon des Refusés is a French term for an exhibition of works not selected, and originates back to 1863 when works by now-famous artists like Manet, Whistler, Pissarro and Jongkind were not selected for the annual Paris Salon. The Salon des Refusés enables Rotorua Museum to showcase even more of the region’s artistic talent, and gives all the entered artists the opportunity to profile and sell their work.

Now you be the judge! Vote for your favourite artwork in the More FM Peoples Choice Awards. Follow the link below to vote online or come in and see the exhibition and vote in the gallery.

Vote for your favourite