Use the map below to figure out exactly where a selection of Rotorua CBD streets are located and learn about who they were named after. 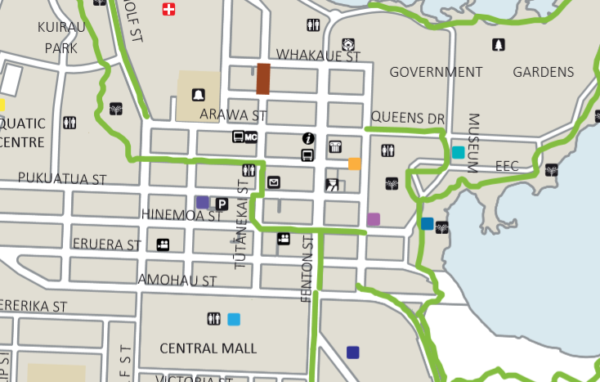 Whakaue Street: Whakaue was the son of Uenukukōpako. His wife was Rangiuru, mother of Tūtānekai.
It was Tūtānekai who raised his people to become the tribal force known as Ngāti Whakaue.

Pukuatua Street: There were two prominent men named Te Pukuatua in Rotorua when it was first established, the half-brothers Henare and Petera. Henare had served with Captain Gilbert Mair’s ‘Flying Column’ and presented the Te Arawa challenge to the Duke of Edinburgh at Ōhinemutu in 1870. The street however is most probably named after Petera Tukino Te Pukuatua, one of the chief Ngāti Whakaue negotiators and a signatory of the Rotorua township agreement on 26 November 1880.

Hinemoa Street: Hinemoa is well known for swimming from the beach near the rock Iriirikapua at Ōwhata to her lover Tūtānekai on Mokoia Island, drawn by the sound of his flute. Her father was Umukaria and her mother Hinemaru.

Tūtānekai Street: Tūtānekai, whose home was on Mokoia Island, was a warrior involved in many skirmishes, though it is for harmony that he is now best remembered. It was his flute-playing that led Hinemoa on her epic swim to Mokoia Island.

Eruera Street: It is likely that the street is named after Eruera (Edward) Te Uremutu, prominent in Te Arawa claims in the 1870’s – 1880’s.

Amohau Street: Te Amohau, was one of those chiefs approached by the Kingitanga movement of Tainui to stand as ‘Te Kīngi Māori.’ Te Amohau turned down the offer and suggested the Tūwharetoa leader Te Heuheu instead. 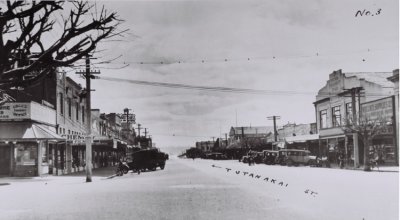