It was the year that the city chose to celebrate its founding on 25 November 1880. The year-long centennial celebration kicked off in style in November 1979 when the Morrison Quartet briefly reunited for a special concert at the Rotorua Civic Theatre. Rotorua District Council, local businesses and community groups sponsored and organised conferences, rallies, sporting and cultural events. A logo was designed and used throughout the year on shirts, books, banners and rubbish bags. Special medallions were minted and a stamp launched. Celebrations reached its climax in November 1980 with three major events which included a massive float parade that showcased the evolution of Rotorua; its environment, its people and various industries. Following this, three great waka landed in Ōhinemutu and were greeted by a 200 strong haka as well as hundreds of onlookers in the crowd. The year of celebration culminated with a re-enactment of the signing of the Fenton Agreement.[1] 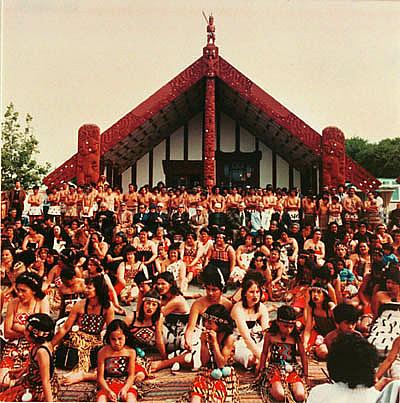 Chief Judge Francis Dart Fenton (or Penetana as he was known by Māori) of the Native Land Court is often credited with helping to establish Rotorua township. He originally discussed the proposal with local iwi in 1877 and, by direction of the Government, Fenton returned for detailed negotiations in 1880. From the Crown’s point of view, there were two main objectives behind the establishment of a township at Rotorua: preserve access to the natural thermal wonders of the district and to halt problems and arguments regarding land. 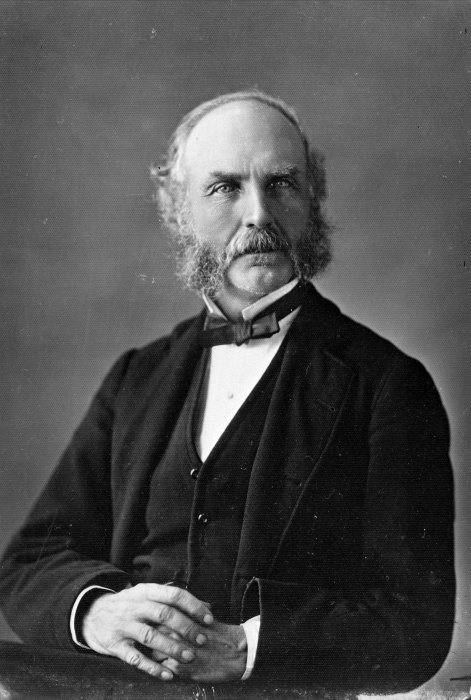 The proposed township would also have the added benefit of opening up the area to further settlement and improving accommodation, supplies and transport to the burgeoning tourist trade. Up until this time, this was reliant upon a haphazard collection of European style hotels and shops that developed in and around the old Māori settlement of Ōhinemutu.

Negotiations were held with Ngāti Whakaue, Ngāti Rangiwewehi and Ngāti Uenukukopako. In late November 1880, the agreement was negotiated over a number of days, culminating in the signing of the agreement document at Ōhinemutu on 25 November 1880 between 47 persons of the three iwi and Chief Judge Fenton on behalf of the Crown. ‘Fenton’s Agreement’ or ‘the Fenton Agreement’ is the popularised name given to the signed document. 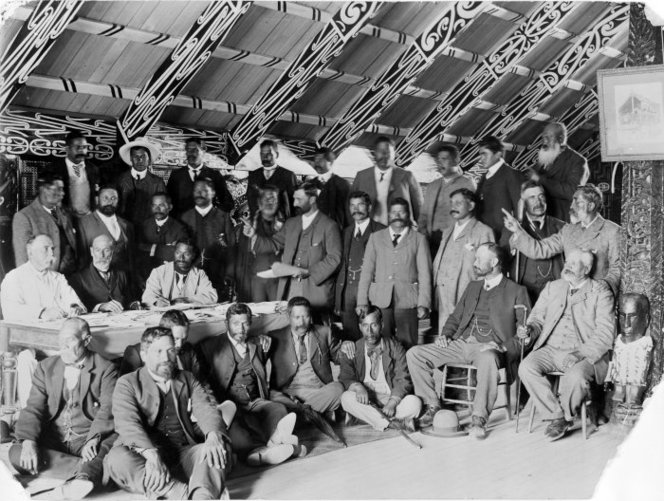 For the Māori owners, it would see an increase in visitors into the area, and a major source of income, without the need of permanently selling land. As iwi refused to sell the land to the Crown, it was instead agreed that the Crown would lease lots in the township out to the public for 99 years on behalf of the owners. The agreement was split into 16 clauses which set out the area for the township, how ownership would be determined, reserves that were gifted by the owners to the Crown for both races, survey costs, rates and composition of the town board.

The Native Land Court awarded the majority of the town block, taking in the area between the Utuhina and Puarenga Streams from the lake front to Tihiotonga and called Pukeroa-Oruawhata, to Ngāti Whakaue with a section of the block called Tarewa being awarded to Ngāti Tuara and Ngāti Kearoa.

While the township scheme was widely publicised, and initially successful in attracting leasees, the delay in the establishment of the promised railway, a national economic downturn, the Tarawera eruption in 1886 and a string of defaulting leasees all contributed to an enormous loss in expected revenue.

Starting in 1889, the Crown sought to purchase shares from owners in the block. The alienation of the block from the last few owners, and vesting of the township block (Pukeroa-Oruawhata Block) in the Crown, was completed through the compulsorily acquirement of shares via the Thermal Springs Act of 1910. The Crown later sold these interests between 1930 and 1950, opening up the township lands to private ownership. Over the next few decades, Ngāti Whakaue sought answers from the Crown over the failure of the township scheme and care of the gifted reserves.[2] 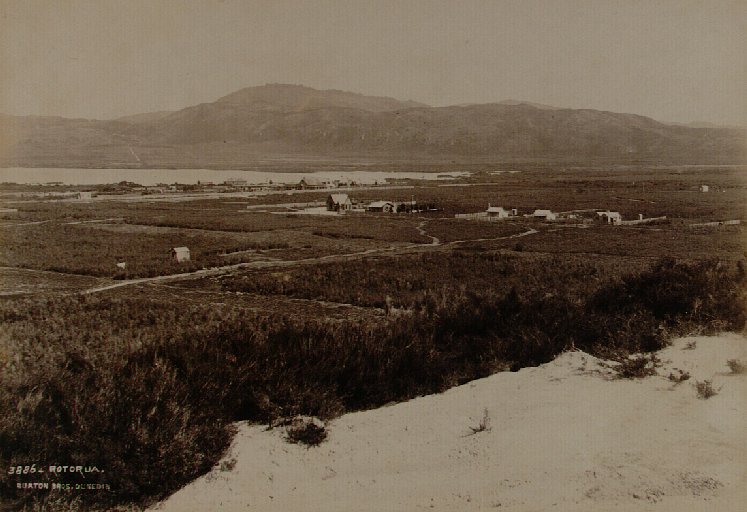 Despite this, in late November 1980, Ngāti Whakaue hosted all of Rotorua and Te Arawa at Te Papaiouru Marae for the re-enactment of the Fenton Agreement signing. 400 members of Te Arawa gathered on the steps of Tamatekapua Meeting House- they sung and chanted as Judge Fenton[3] and his interpreter[4] emerged from St Faiths Church dressed in period costume. They crossed over to a table set up in front of Tamatekapua where the descendants of the original land owners again placed their signatures. As was befitting such an occasion, amongst the many official guests in attendance was Tennant Fenton, grandson of Chief Judge Fenton.

We should never forget that the city’s foundation was built upon a unique relationship between the Crown and local tāngata whenua; the good, the bad and the ugly. The Fenton Agreement should be remembered as being an integral part of our shared, communal history as a city, an example of great generosity by iwi and a forward thinking willingness to work together. Rotorua’s 130 year anniversary passed quietly and largely unnoticed, with Rotorua perhaps still mourning the loss of local historian Don Stafford. Let us hope though that Rotorua 2030 will be a different story and that we will choose to remember, and celebrate loudly, our 150 years.