Māori All Blacks: Looking Back at One of Our Own

Rotorua is home to a number of Māori All Black greats. With the 2017 Māori All Black squad in town, we thought we would look back at one of our own: Hector Archibald Steele (1915-1990). 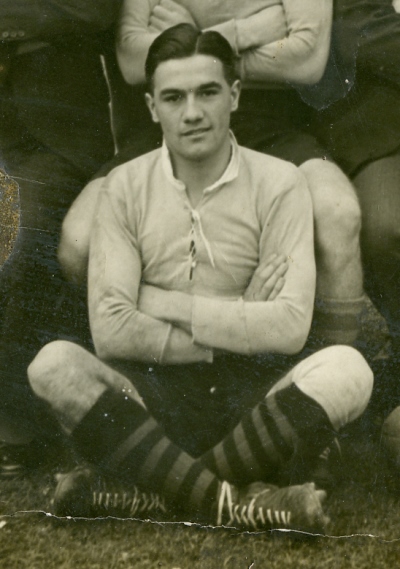 Hector, known as Heke, was the youngest son of Duncan and Ngaroma Steele who both came from early settlement families in Rotorua. From an early age Heke excelled in sports. During his time at Rotorua High and Grammar School he played rugby in the 1st XV, represented New Zealand in athletics at the 1934 Intra-Empire Public School Sports in Melbourne[1] and was part of the 1930 school Shooting Team. However, Heke wasn’t just a sports man, and with a good head on his shoulders, he became the first Māori Dental Surgeon to graduate from the University of Otago. 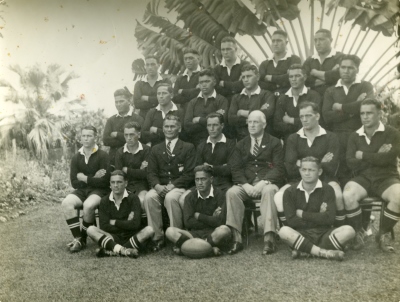 While studying, Heke was selected for the New Zealand Māori Rugby Team,[2] which toured Fiji in 1938.[3] Heke’s daughter, Heather Birkett, remembers her father speaking fondly about his time on tour where he made lifelong friends with a number of people, including Ratu Sir George Kadavulevu Cakobau (1912-1989) the Governor General of Fiji 1973-1983.[4] The tour was filled with a mixture of excitement and nerves; Heke was excited to see his sister and brother-in-law who were based in Fiji, but nervous about playing the physically bigger Fijian side.[5] Heke played in all five matches of the tour, scoring tries in the second and third test.[6] Despite the player’s best efforts the Māori side ended up drawing the series.[7] This tour marked the beginning of a significant relationship between the two rugby sides, with the New Zealand Māori Team going on to play Fiji more times than any other side.[8] 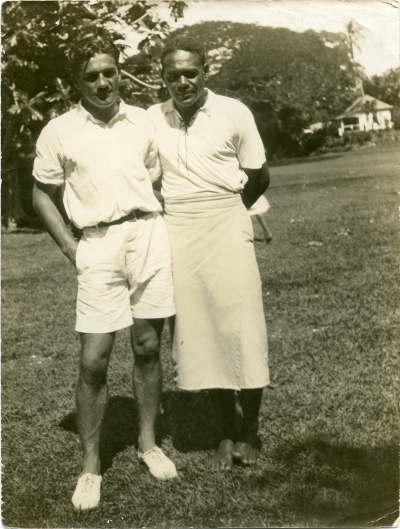 Heke’s rugby career was disrupted by the outbreak of World War II.[9] He enlisted as a member of the Army Dentistry unit where he served in areas of the Pacific, including Fiji. Throughout this period, he continued to play rugby, this time as part of the New Zealand Service Rugby Team. At the end of the war he remained abroad for another year to assist with the treatment of returned Allied prisoners of war. Heke eventually returned home to Rotorua and set up his own dental practice on Pukuatua Street. His daughter describes him as the “life and soul of the party” and remembers that he “loved people”. It isn’t surprising then that he was active in the community throughout his life, serving as a member on Lions Club boards from 1958 and becoming a foundation member of the Geyserland Lions Club in 1972.[10]

The Māori All Blacks have a rich history of men who have excelled. To learn more about this history, make sure you head to the exhibition Tīma Tangata Māori Rugby at the Energy Events Centre on Queen’s Drive which celebrates over 100 years of Māori All Blacks. Click here for more information on exhibition