To celebrate, we’re tracing the reo journey of four local speakers over the week: 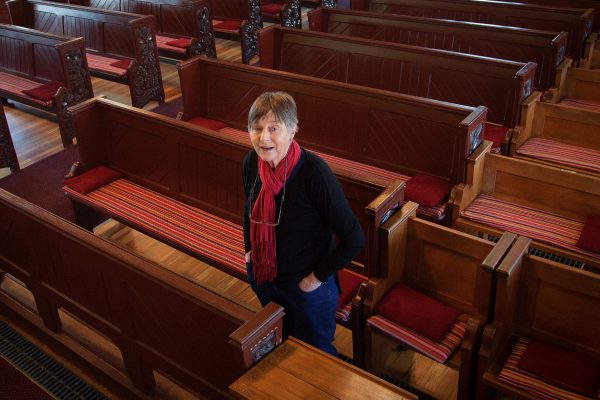 What inspired you to want to learn te reo?
In 1990 I started work at Rotorua Museum and was privileged to be able to work with taonga Māori, but perhaps more importantly, to begin to understand the human stories behind these beautiful things. I was so lucky to have historian Don Stafford as someone to inspire me – he respected things Māori and deeply loved them too.
Then, from 2000, when I was Volunteer Guide Co-ordinator and teacher at the museum, I felt very strongly that, in every interaction with visitors, we had to pronounce Māori correctly. Manaaki Pene was a great teacher to group after group of people, many of whom had never questioned the way they said Taupō or Tauranga!
Now retired, I’m privileged to go to St Faith’s Church and love to hear te reo beautifully spoken by vicar Rev Tom Poata. Services glide effortlessly between English and Māori and we sing all the hymns in Māori. It’s a treat.

How long have you been on your ‘te reo’ journey?
I’ve always been interested in Te Ao Māori. I grew up near Oparure in the King Country. My dad Max Somerville was an honorary rangatira of Ngāti Kinohaku, something I’m very proud of.
Then in the 1980s I worked for Radio Geyserland and a dear old lady rang me up one day and told me how to pronounce Whitianga properly. From there on, I’ve tried very hard to show the language respect by speaking it properly. I practised as I drove around in my car. One day I tried too hard and said Para Rubber with rolled ‘rs’– on the radio!

Tell me about some of the challenges you or your whānau have faced – if any?
The only challenges I’ve faced have been my own inability to REALLY learn te reo. Need a few more IQ points! And I have to overcome my own shyness, that’s the biggest hindrance. 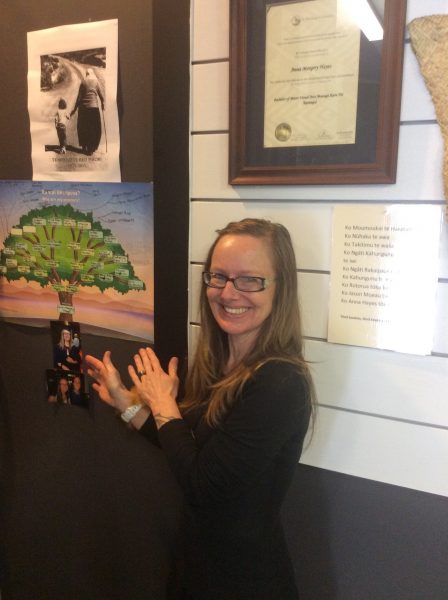 What inspired you to want to learn te reo?
I’ve always wanted to learn since I was a child growing up in Wairoa in the seventies and eighties and that was mostly so that I knew what the songs we were singing at school were about! The real driver came ten years ago when I was doing a lot of work with Māori land owners to develop training programmes that got Māori back managing their own land. One of the elders from Ngāti Awa told me to go see my father to ask about our whakapapa. I plucked up the courage and he told me that my great grandmother was a Cooper. I said, “not the same family as Dame Whina Cooper?” And he said “she married in!” That ignited a burning in my puku that you would not believe and I am convinced it caused the earthquake that woke us up that very night!

How long have you been on your ‘te reo’ journey?
Nine years ago I completed “Mauri Ora” through the Open Wānanga, which I encourage every New Zealander to do. Although not a specific te reo programme, it gives an insight into Te Ao Māori. After that I did a four year degree in Māori Visual Art majoring in weaving and there was a component of te reo throughout. After that I realised I wasn’t going to suddenly wake up and have learnt by osmosis and now I am in my third year of study completing my diploma in te ara reo.

Tell me about some of the challenges you or your whānau have faced – if any?
The challenge I am facing most of all is having it sink in and stay there. My tāne and I were learning together for a couple of years and that was really good as we would come home after class and practise. After two years he found it got too hard and he didn’t want to continue. Now that it is just me going off to night class and coming home, I really have to dig it in. Part of me could easily stop as my progress seems slow and I am really nervous to speak but the other part of me is too stubborn and I know I would forever regret it if I stopped now. 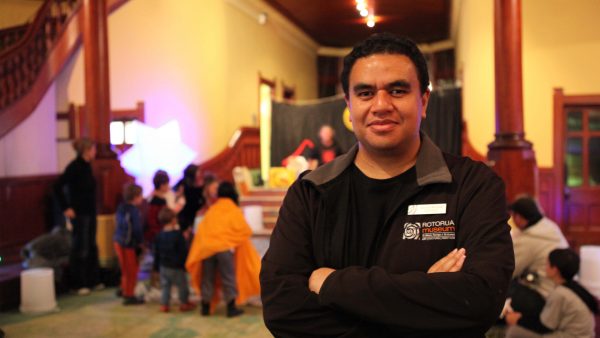 What inspired you to want to learn te reo?
My inspiration comes from the need to improve and be the best that I can. Te reo Māori is a portal to the past and provides the grounding of the future. One thought I’ve always had in my mind is that you can only discover who you are by looking to the past and where you came from. Te reo gives a connection to our tupuna and it proofs for times to come.

How long have you been on your ‘te reo’ journey?
I’ve been on my te reo journey since 2003. I was dormant for a few years but the spark and the enthusiasm for the language was ignited when I attended reo courses run by Anaha Hiini. I’ve since attended several wānanga based on the marae.

Tell me about some of the challenges you or your whānau have faced – if any?
The challenges I have faced are my own. Being able to take a risk and say something in Māori and that it could possibly be wrong. Being in the teaching profession, it’s hard when you value accuracy and correctness and yet when learning te reo Māori accepting you could make many mistakes. Another challenge is not being able to speak the reo in an everyday setting and constantly. Over the past year or so, I believe my understanding at least has improved considerably and that I take as the positive that could push me through to the next level. 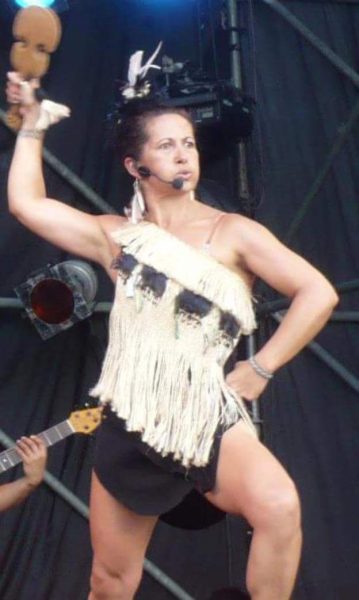 What inspired you to want to learn te teo?
I believe that everyone has the right to speak their own language. As a person of Māori descent I have always wanted to be fluent in my own language. But it was returning to Aotearoa in 1996 after eight years of living in Australia, and seeing our tamariki (children) carrying beautiful tūpuna (ancestor) names and speaking Māori that really did it for me. I felt as though a part of me was missing and only te reo Māori could fill that space. That’s when I seriously began my journey with te reo Māori.

How long have you been on your ‘te reo’ journey?
I didn’t grow up in a Māori language environment. My parents were from a generation that was beaten at school for speaking Māori. They had their language ripped away from them as a result of colonisation and government legislation. They never complained about that. But as a result, my mother in particular discouraged me from taking te reo as a subject at school. She believed it would do me no favours – “that won’t get you a job,” she once said. But I took it anyway. And it has been a life long journey. It’s also been my experience that there are many Māori who feel the way my mother did – because of negative experiences and negative attitudes towards being Māori. It is through no fault of their own they have grown up bereft of their inherent right to be Māori. I would like to say to people who have had that experience that it’s okay. It’s never too late to start learning. I was 35 years old when I got serious about it and every day is still a challenge for me. Some days it feels just too hard. But other days feels amazing! And it’s those days that keep me motivated.

Tell me about some of the challenges you or your whānau faced – if any?
The greatest challenge for me as a Māori person trying to learn my own language is not having the opportunity to hear, or speak it naturally every day. Like any skill, if you don’t use it, you lose it. I am the only one in my family in my generation that speaks Māori so I don’t even get to use it at home. And most of my friends don’t speak Māori either. So I have to deliberately seek out opportunities to learn, use and grow my reo. That’s why I love that Rotorua is officially a bilingual city. It will raise the profile of the Māori language, make it more accessible and more accepted and a part of everyday life.

Check back later in the week to hear from our final local te reo speakers:
Thursday 14 September: Ann Somerville, Retired

In Rotorua, we deeply understand the intent of partnerships and te reo Māori revitalisation. In 2015, Rotorua District Council adopted the Te Arawa Partnership model to work more closely with iwi and, more recently, we officially became the first bilingual city in Aotearoa.