Happy Macawa ni Vosa Vakaviti – Fijian Language Week! This year’s theme is Noqu Vosa Me’u Bula Taka – My language, Learn it, Speak it, Live it! We are celebrating by looking at Fijian weaponry from the Rotorua Museum Te Whare Taonga o Te Arawa Collection as a way that Fijian language and cultural heritage is learned, spoken and lived. 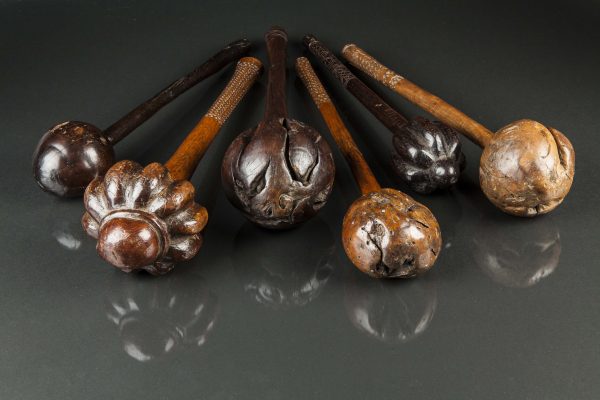 Fiji has some of the most lethal, and elaborately created, weaponry which includes throwing clubs known as i ula. Early recorded sightings date i ula back to the 1800s, a time where Fijian men carried weaponry at all times and used them in combat. In some instances, they also signified a person’s rank. As weapons, i ula were generally distinguished by its thin handle which is weighted by a round bulbous shape. When thrown, the weighted design enabled the club to shatter its target upon impact with the round end or, if tucked into one’s belt, was easily accessible to use as a bludgeon in close-range battle.[1] The dense heavy head of the club was capable of shattering a skull.[2]

We have eight i ula in our collection that vary between 3560mm and 450mm in height. They were gifted in 1988 by Auckland GP Dr. Noel Baskett (1911-1997), a collector of taonga Māori as well as taonga from the Pacific Islands and Australia. The museum holds a variety of i ula which I’ve been researching. This i ula (1988.99.4) has a rounded end, similar to the i ula drisia, a popular throwing club. Visible on the surface are gnarled roots, and inlaid appear to be small shells or possibly trade beads. Some i ula were even inlaid with their victims’ teeth,[3] However it’s rough finish, perhaps, indicates its function was not for combat. According to Clunie, roughly finished clubs were used for killing birds and flying foxes (fruit bats). [4] 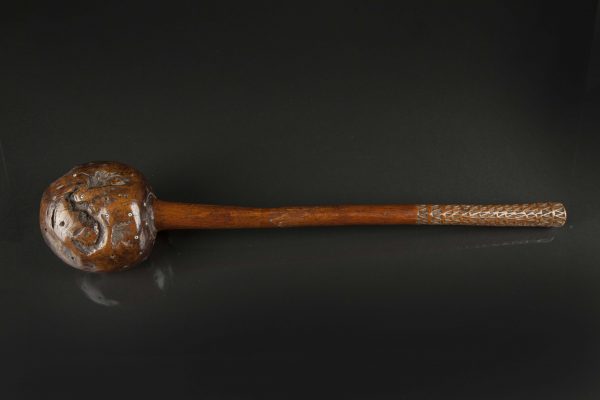 Another interesting i ula in our collection (1988.99.6) takes the form of an i ula tavatava. I ula tavatava were popular fluted throwing clubs which took their name from the flanges, or ribbed surfaces, which is also visible on the head of this club. [5] The bulky shape alludes that it was used for fighting. If an i ula tavatava was of a great weight and bulk, it suggested that it was not thrown but retained in the hand as a bludgeon.[6] The handle features incised zigzag patterns known as ‘tavatava’ which provide a non-slip grip.[7] 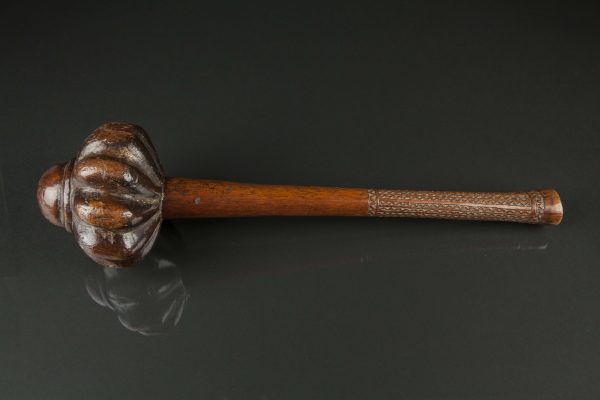 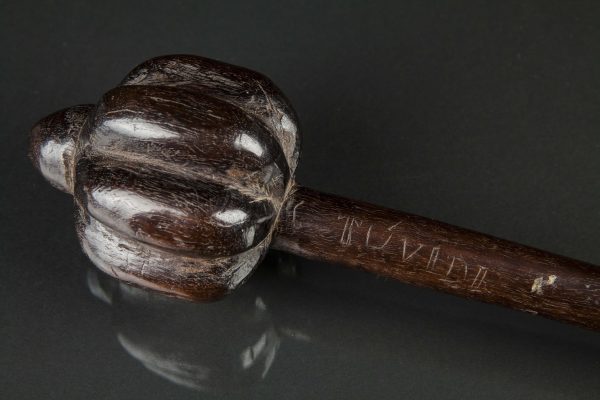 The final i ula from this collection (1988.99.7) bears resemblance to an i ula drisia, which is a ball headed throwing club.[9] The indentations seen on the rounded end indicate that it is made from the roots of the tree but it has a finished, smoother appearance than the i ula kobo, or natural root throwing clubs. 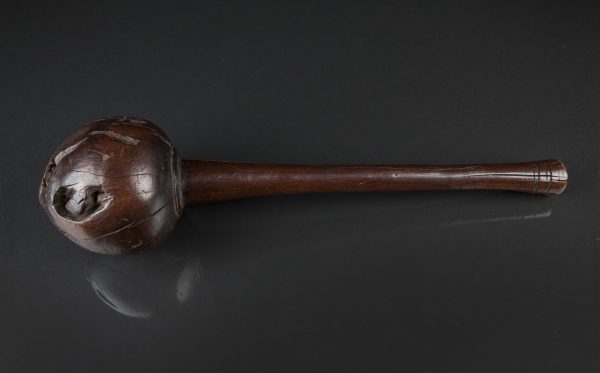 Fijian language week has been a wonderful chance for me to research a part of Fijian cultural heritage through the collection. We welcome you to share your knowledge of i ula. We also welcome visitors to our offsite store to view the collections so please contact me if you’d like to see our collection of i ula.