Love them or hate them, Santa Parades have been part of New Zealand’s history since the early 1900s. Right from the start they have been a commercial venture supported by the large department stores that would promote the arrival of their in-store Santa. Father Christmas made his first appearance in New Zealand in 1903 at the John Court store in Auckland. Wellington’s first Santa parade was in 1905, organised by the shop known as ‘The Economic’. 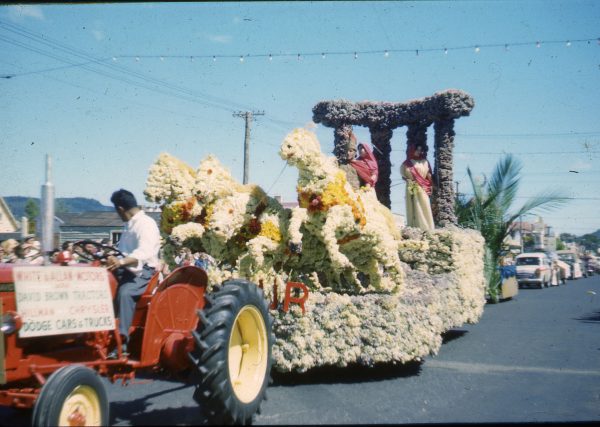 Over the next few decades the scale of the parades in the main centres increased with the large department stores in Auckland battling it out for the grandest entrance made by Santa.

Here in Rotorua, we have our own parade history spanning from 1903 when the first carnival was held. Our very own historian, Don Stafford, describes how a committee was established in 1902 to plan a week-long celebration to attract tourists to Rotorua.

“They could not have imagined that they would be setting in chain an annual event (with few exceptions and some modification) that was to become synonymous with Rotorua for the next seventy-odd years.” [1] 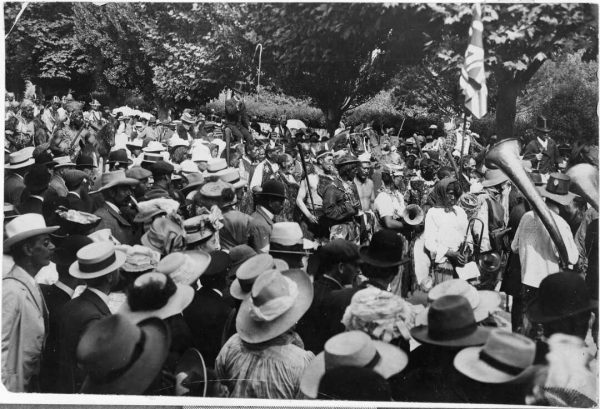 The Christmas and New Year carnival programme included many forms of racing, concerts, excursions and most important of all, the parade of decorated vehicles.

Not even the Depression of the 1930s could slow down the Christmas and New Year Carnival. There was talk of cancelling the celebration but the committee officials decided that it was exactly what was needed to bring people to the area. And, they were right. According to Stafford “The carnival of 1930 drew crowds that jammed the streets” and by 1936 the New Year Parade became almost a pilgrimage for many North Island holiday makers. 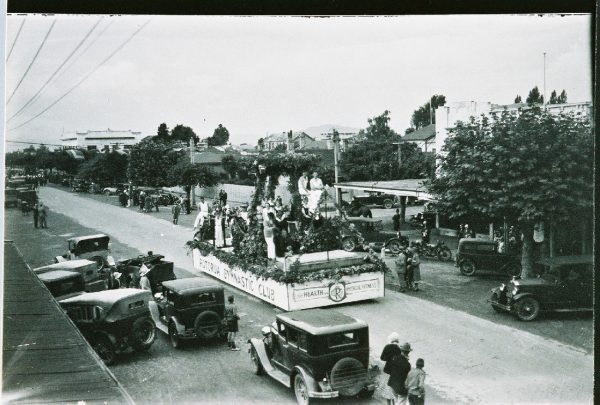 In the Rotorua Museum’s collection we have many objects and photographs of the New Year Parades. The most prominent photographs were taken by Jack Lang who was one of the photographers for the Rotorua Photo News from 1966 to 1969. Lang has captured the New Year Parades of the late 60s which included the Fancy Dress Parades for the children and a New Year’s Eve Parade consisting of amazing and imaginative floats through the streets of Rotorua. 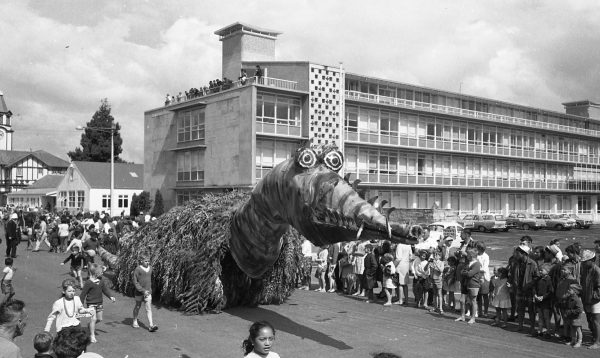 There were certainly some clever people involved in the construction of costumes and floats in which flowers often featured.

One image that stands out is the photograph of a gentleman astride a white horse. He appears in a few images from our collection circa 1950 -1960. 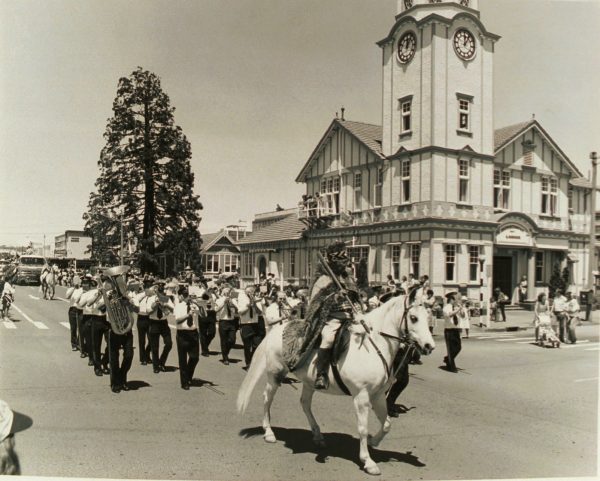 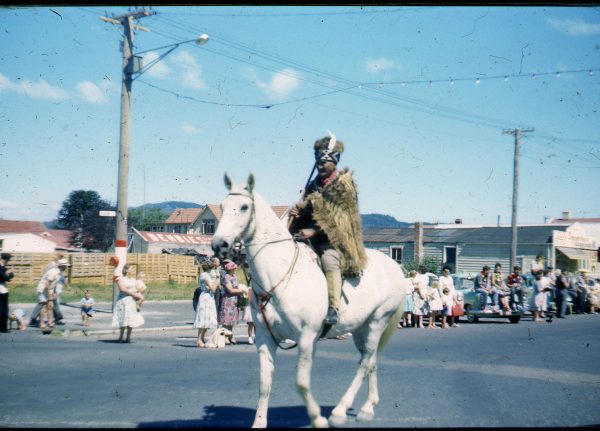 The New Year Parade was held on New Year’s Eve for the last time in 1980. That was the year of the Centennial celebrations which included conferences, and sporting and cultural events. That year started and ended with a New Year carnival and parade. In 1981 the parade was held on December the 19th with the appearance of Santa. Since then the Parade seems to have modified into what we now know as the Santa or Christmas parade. In the early years it was a committee that organised these events and parades.

These days the Rotorua Christmas Parade is managed by a Charitable Trust and is taking place on Saturday 30 November 2019 at 11am.