The Rotorua Museum has what we think is the biggest collection of souvenir ware in museums in New Zealand. Most of the pieces were made in the 1900s and have scenes like the Bath House, Sanatorium, Prince’s Gate, Ohinemutu, or Whakarewarewa. This plate is unusual in that is shows an earlier event – the eruption of the White Terrace (Te Tarata) in 1885.

This eruption occurred a few months before the eruption of Mount Tarawera and was considered to be a precursor to the major eruption.

This article describes the White terrace eruption as witnessed by photographer Josiah Martin.

The plate is not marked but was probably made in Germany, Austria or Czechoslovakia. The image on the plate is based on this photograph taken by Josiah Martin. 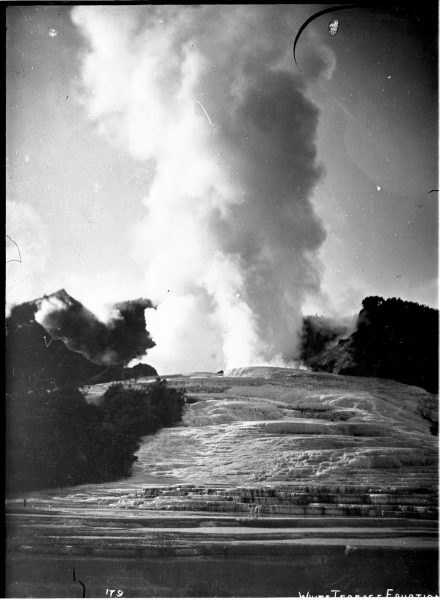 The Josiah Martin image was then reproduced by artists such as Hugh Boscowan. 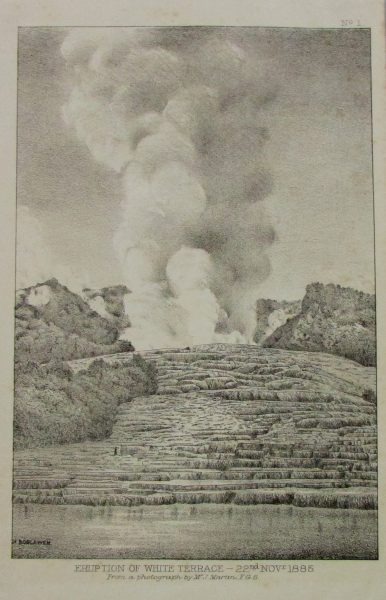 This image may have appeared in newspapers or journals, which is perhaps how it was found and used on pottery made in Europe.