It was full house at The Arts Village last night as 41 painted Rotorua Museum roof tiles were swiftly dispatched under the hammer of auctioneer Steve Lovegrove. Although keen to purchase the beautiful and hotly contested reproduction of a New Zealand fourpenny stamp, by Alan Lovell, Steve stood aside, in favour of the bidders on the floor. 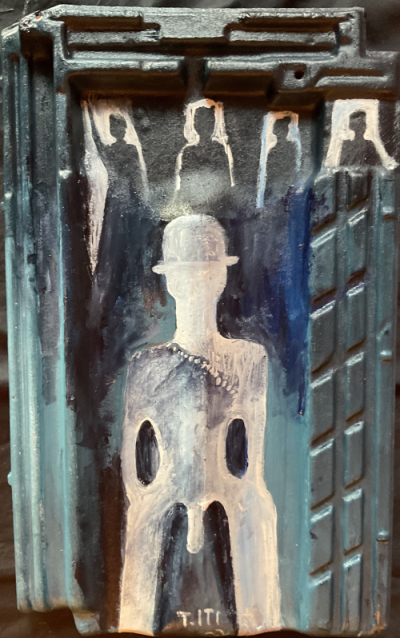 All artworks sold under multiple bidders, with the highest bid going to Tame Iti’s piece, Taku Ira Tanata for $1750.

An initially unknown buyer bought eight tiles that had been painted by Kaitao Intermediate School pupils who had worked with their fabulously dedicated art teacher, Wendy Stafford, over eight Sundays to create their tiles. Also included in the purchase was one work by Wendy herself and another by her mother, Toni Stafford, who had contributed three very popular works for the auction. 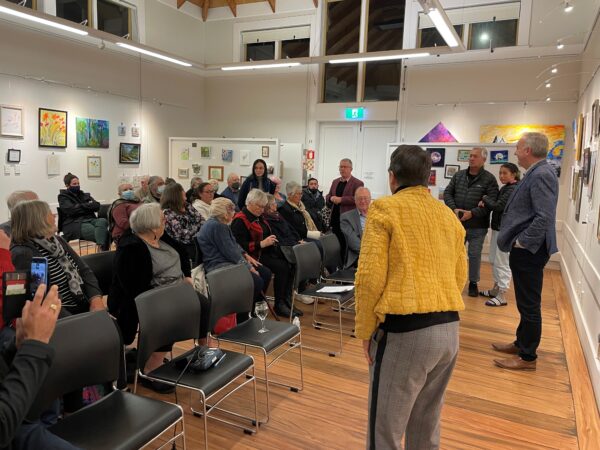 Following the auction the bidder identified himself as the Principal of Kaitao Intermediate School, Phil Palfrey. He had been impressed with the quality of the students artworks and the school board of trustees, keen to keep the work in their school community, had sent him along to bid for the tiles.

In total, the auction, organised and hosted by Friends of Rotorua Museum, raised $8,810, which will be used by The Friends of The Museum to purchase new objects for the Museum’s collection.

The auction was the brainchild of Friends of the Rotorua Museum member, Jo-Anne La Grouw, who was absolutely delighted with the success of the evening.

“It was great to have the support of the artists and to see so many bidders at the auction”, said Mrs La Grouw.

The Friends help contribute to the Museum collection of works relevant to the Rotorua District. Although the money raised at this auction isn’t earmarked for any specific work, by having funds at hand, the Friends are able to purchase desirable works as they become available. An upcoming purchase for the Friends will be the new lamps for the grand staircases in the Bath House foyer.